Fighting Black, Not This Time: A Black Man Taking The Professional High Road In China 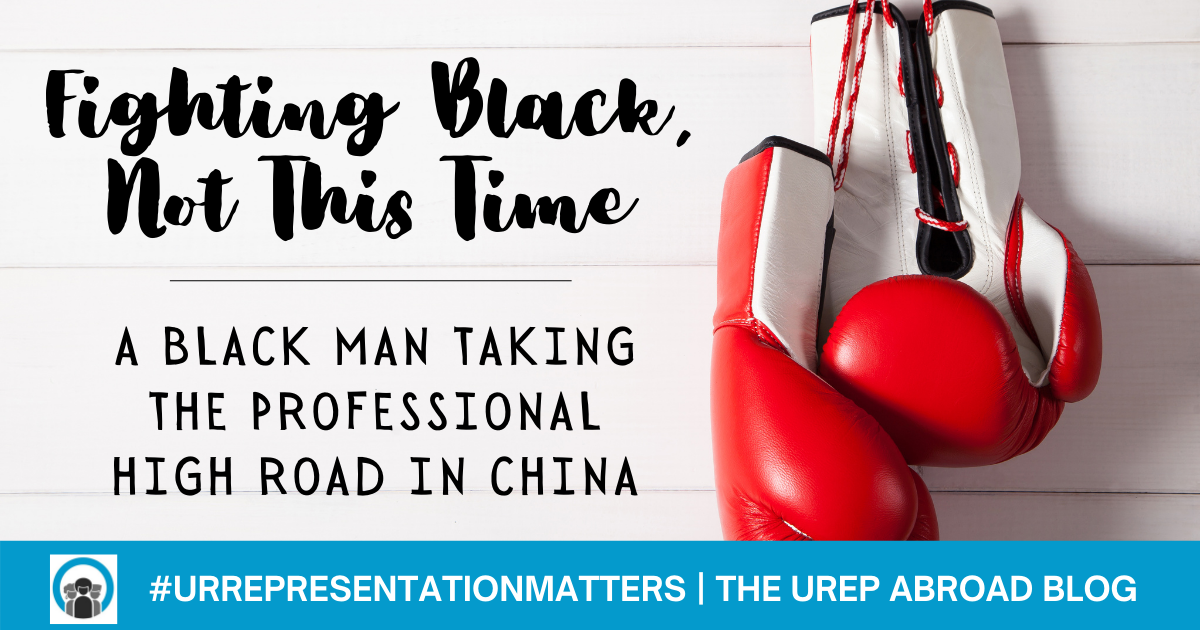 Every year for commencement at my school in China, the speech is given by the most senior professor in line. Speech is given, the professor is awarded, and everyone claps. At the end of last year, everyone nodded knowing it was my turn this year, but politics would win the award this year.

Turns out the ceremony had some important people attending –potential sponsors and all. Apparently, the professor who won last year was given the award again this year and asked me what had happened. The conversation evolved into how he felt so confused, and I just broke it down to him… It was about optics. If they have to choose between the “White Guy” or the “Black Guy” they, of course, choose the skin connection to parade in front of the important people.

After the conversation, I told him I already knew what was going to go down…

“All other eyes were shifting at me, on me, and towards me. Never has this happened until it is the Black professor’s turn.”

Conversations about the commencement ceremony were never spoken to me, but I was being gaslighted about how great of a professor I am out of the blue in any conversation with admin (which is true but I can see through smoke screens). One day when I asked about the commencement speech flat out, they told me who would be giving the commencement speech (I already knew), and they were happy to know I am interested and I will be the strongest consideration for next year (I’m going to let you all process that last piece in the key of REALLY DUDE? or IKYFL).

So after I broke it down to the White professor, he approached me the next day apologizing and told me his wife shed tears. The room was thick amongst the fellow professors because they knew what happened.

I let them sit in the miasma, the professor got up and gave his speech not looking at me, and all other eyes were shifting at me, on me and towards me. Me…stoic as hell. Never has this happened until it is the Black professor’s turn, and I mean neeeevvvveeeerrrrr.

After the ceremony, we always gather for lunch, and a lot of people didn’t show. Some people were so upset and decided it was just too much to endure. The White Professor and his wife were looking for another place to sit until the other professors pointed in my direction. I did enjoy other professors poking fun at him for not turning down the award and all eyes shifting my way for some type of response. I gave nothing.

“I could have fought the fight, but I didn’t and should not have to fight for an award deserved.”

Every administrative figure from the office assistants to the Dean and Vice President made sure to shake my hand and talk with me directly. (Your awarded professor is over there… no convo?….oooohhh that’s right you had that convo last year). One Vice President (white guy) even had a mini conversation with me about the efforts of a school they have in an African Country…. (why do they always do the most, especially when they KNNNOOOWWW they have messed up? ….thanks let me give you some Black points from the culture.)

Lastly, it is interesting that the power that exists in this event had suffocated everyone (not me) involved directly and indirectly. All my emails were being answered immediately, people were moving out of my way when I walk in the hallways, and there has been either suffocation in praise or complete avoidance. I have given them nothing to whereas they can figure out how to place what has been done. No reactions, no smiles, no comfort nor grief… it is all on everyone else involved.

I could have fought the fight, but I didn’t and should not have to fight for an award deserved. Plus I have fought so many other battles here I just didn’t feel like this one. My semester is done, and I booked my flight; I am tired and ready to go neeeeoooowww.

I have been Black all my life…you sit in your decision. I’m packing my bags to see my family.